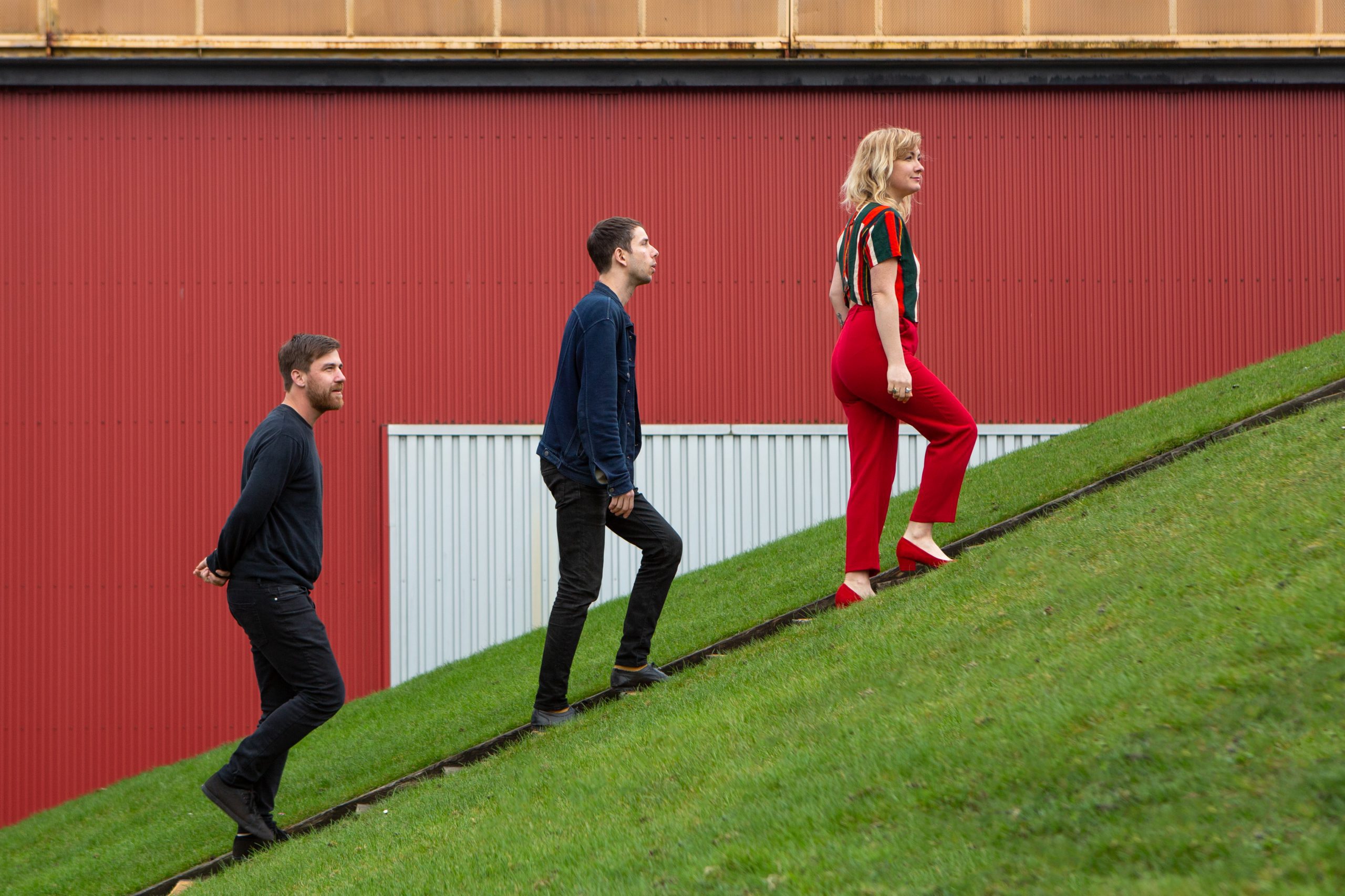 Elisa Thorn’s HUE is a harp led quartet that coalesces influences from post-rock, pop and indie music, avant-garde and free improv, featuring Elisa Thorn on harp, James Meger on bass guitar and Justin Devries on drums. The group tackles two objectives: firstly, how to create music that is both abstract and accessible; and secondly, how to lead a band with harp in a way that does not compromise sensitivity with its boldness, or aesthetic beauty with its curiosity.

The band developed from The Painting Project, which used paintings from Elisa’s father, Bruce Thorn, as inspiration for composition and improvisation. As Bruce explains in his own artist statement, he is “working to create a vision that is improvisational, intuitive, contemporary & universal, ” using “abstraction as a mode to reflect upon social and natural environments to create a journey of exploration and invention rather than a predetermined statement.” In line with his vision, HUE creates music that explores colour, movement and abstraction.

At first, HUE was a bit of a teenage rebellion against the ‘harp’ archetype – Elisa did her best to avoid anything that could be considered ethereal or classically beautiful.  As the project developed, she has tried to embrace ‘beautiful’ in ways that still felt authentic and honest. She strives to let go of the confines of what a harpist is supposed to be, and also her rebellion to that.  Her influences include Radiohead, Fiona Apple, Debussy, Stevie Wonder, 90s RnB, and Hindemith.