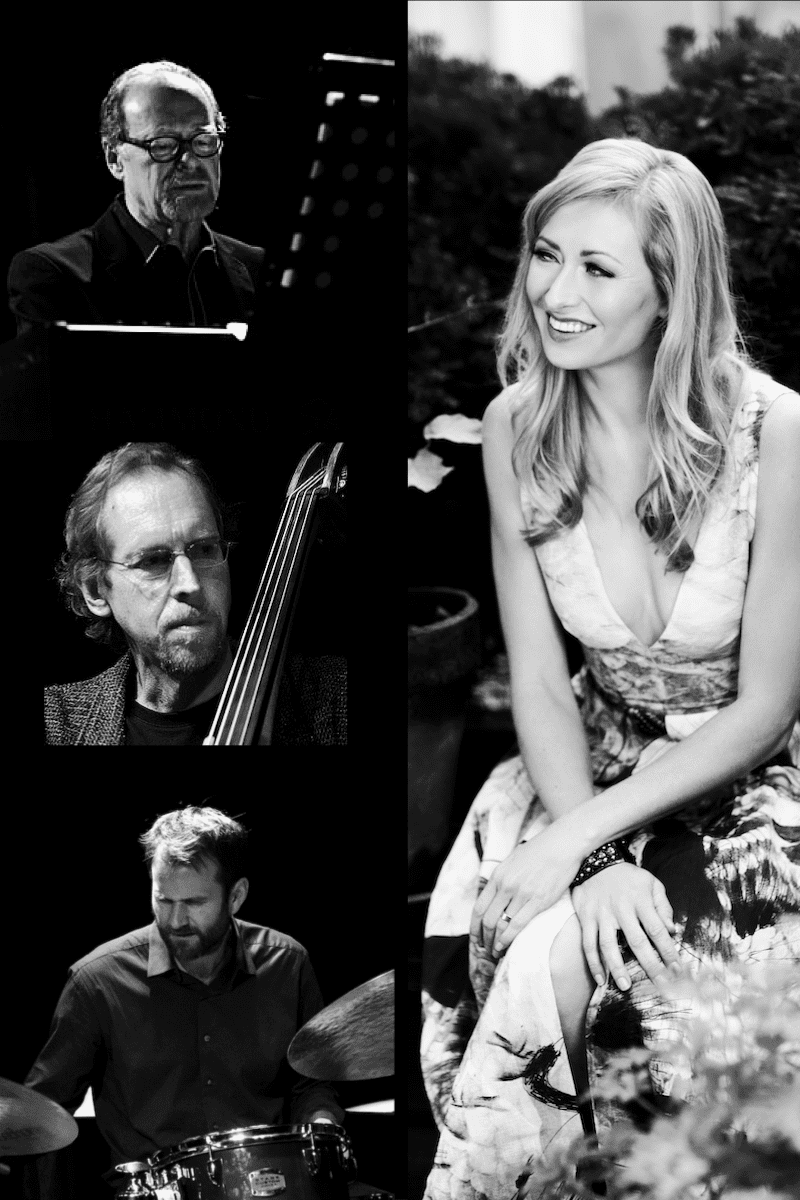 Angela Verbrugge caught listeners’ ears with her debut album (released on NYC’s Gut String Records) and she won this year’s JazzTimes Readers’ Poll in the female jazz vocalist category. The magazine’s review of her album describes that Angela, who takes inspiration from vintage musicals, the swing era, blues, and bebop, has “conspicuously good taste”. Toronto Music Report writes that she is “a gem of a vocalist who makes all her chosen material sound magical. Her song-writing collaborations have received features in JAZZIZ Magazine. JazzWeekly describes the former actress as “fun and quirky, hip and a hoot, wispy and romantic; she slithers and oozes, and cleverly swings.”

Her trio for this special evening features pianist Bernie Senensky, a Canadian treasure with a 50-year career. Jazz drummer Elvin Jones called him, “one of the finest pianists I have worked with my career”. Bernie has been called upon to play with such artists as Chet Baker, Art Farmer, Clark Terry, Sonny Stitt, Art Blakey, Zoot Sims and Art Pepper. Bassist Neil Swainson has toured and recorded with George Shearing, Rob McConnell, Roberta Gambarini, Woody Shaw and many others. He is one of the most-recorded Canadian jazz bassists; the Toronto-based musician has played on recordings that have won five JUNO-awards. Drummer Joel Fountain is a first-call Vancouver-based drummer who has toured the world with Grammy-, Juno- and Order of Canada-winning bands. Joel is a busy studio drummer and often appears at Frankie’s and other leading jazz venues.