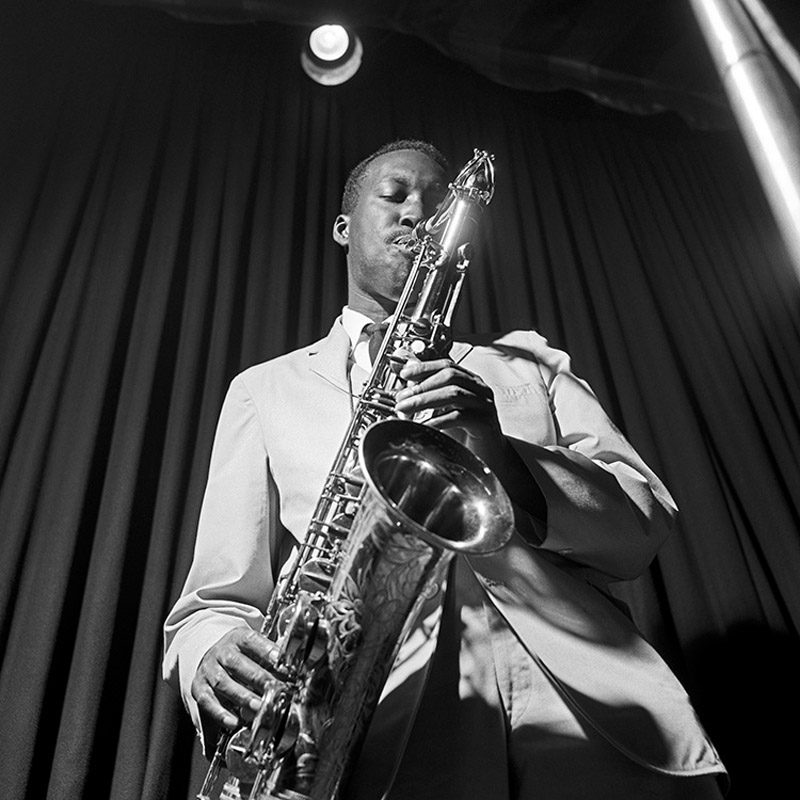 One of the Blue Note label’s definitive hard bop artists, tenor saxophonist Hank Mobley remains somewhat underappreciated for his straightforward, swinging style. Any characterization of Mobley invariably begins with critic Leonard Feather’s assertion that he was the “middleweight champion of the tenor saxophone,” meaning that his tone wasn’t as aggressive and thick as John Coltrane or Sonny Rollins, but neither was it as soft and cool as Stan Getz or Lester Young. Instead, Mobley’s in-between, “round” (as he described it) sound was controlled and even, given over to subtlety rather than intense displays of emotion. Even if he lacked the galvanizing, mercurial qualities of the era’s great tenor innovators, Mobley remained consistently solid throughout most of his recording career. His solo lines were full of intricate rhythmic patterns that were delivered with spot-on precision, and he was no slouch harmonically either. As a charter member of Horace Silver’s Jazz Messengers, Mobley helped inaugurate the hard bop movement: jazz that balanced sophistication and soulfulness, complexity and earthy swing, and whose loose structure allowed for extended improvisations. As a solo artist, he began recording for Blue Note in the latter half of the ’50s, and hit his peak in the first half of the ’60s with hard bop cornerstones like Soul Station, No Room for Squares, and A Caddy for Daddy.