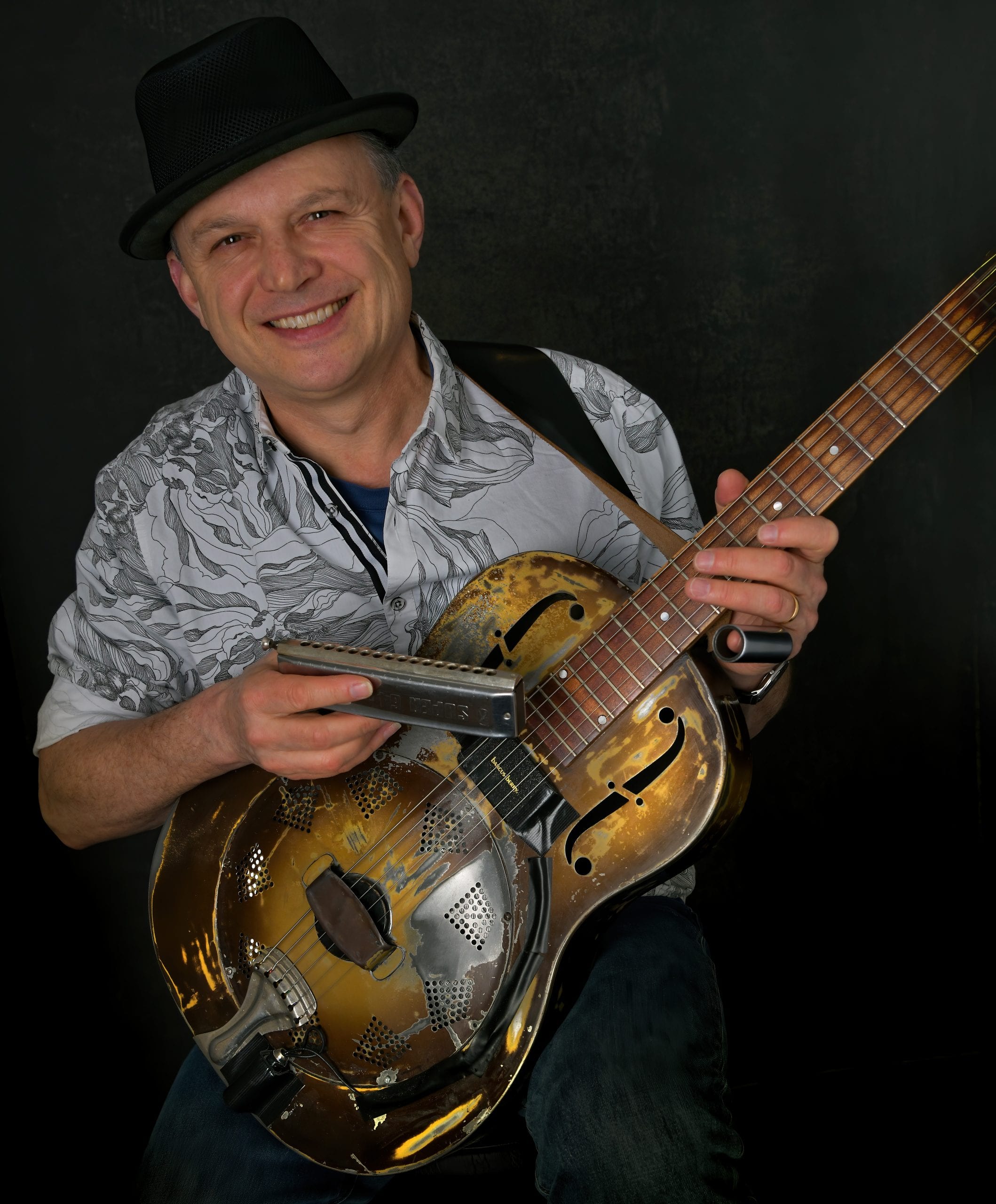 Blues ‘triple threat’ (slide guitar,harmonica and vocals) Nigel Mack delivers a high-energy show that fusesclassics with the punch of contemporary original blues.  These are talents

A native of Saskatoon, Nigel wasVancouver-based for many years, before relocating to Chicago in the early2000s.  He has been performing in the’Windy City’ since 1992, appearing regularly at such legendary venues as atsuch clubs as ‘Buddy Guy’s Legends’ and ‘House of Blues’. Nigel Mack & the Blues Attack have appeared at the ‘ChicagoBlues Festival’ numerous times and logged almost a million miles of touringacross North America and Europe.  Mack’sdynamic stage show is a favorite at clubs and festivals. His originalcompositions have been featured on internationally syndicated televisionsound-tracks.