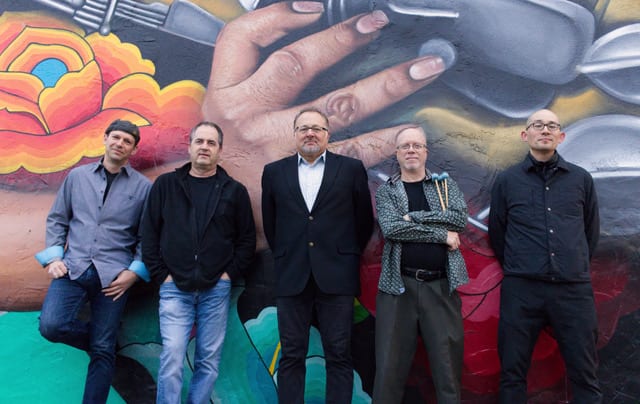 In 1990 Bill’s first quintet, “The Creatures of Habit” won the Grand Prix at the CBC-Alcan Jazz Competition in Montreal. He has recorded with such artists as Michael Buble, INXS,

With Bill Runge on saxophone, Kristian Alexandrov on piano, Nick Apivor on vibes, Miles Hill on bass and Bernie Arai on drums